Esther (Esta) Blashild nee Wajnberg was born in Warsaw to Nachman and Hena in 1912.  As a young woman she worked for Adolf Baluszyld in his prosperous import-export business and subsequently married his son, Maksymilian (Max) in December 1934.  The couple took great joy in their two young children.

When Germany invaded Poland in 1939 Max, hoping to rejoin Esta and their children later, joined the Polish Army.  Esta, meanwhile, left the children in the care of a trusted Nanny each day, to undertake vital work on behalf of the Polish underground.   Both Max and Esta were ultimately captured and transported to concentration camps.  Tragically, their children were murdered by the Nazis.   All her life she kept her only surviving photo of them in a locket “close to her heart”.  These photos can now be found in the Sydney Jewish Museum.

After the war the couple miraculously found each other.   Having lost everyone dear to them, only a brother of Esta’s had survived,  the young couple assisted by funds placed in an English bank by Max’s far sighted father, set out in March 1947 to try to make a new life for themselves in Australia.  To Esta’s life long sorrow, Max suffered a heart attack and died at 43 years of age, only a few years later, in 1954.  Heartbroken, Esta had to face life in Australia alone.

Esta was a resourceful and capable person and continued to build upon her family’s legacy becoming a very successful property developer in Sydney.  Esta’s great passion, however, was her support for Israel and the work of the JNF. She loved to visit the JNF office with little gifts for the staff to learn about the latest developments in Israel. She took great pleasure in contributing to JNF’s appeals for the Bachan Water Reclamation Project, the Hamadia Reservoir, a housing development for 1000 Russian immigrant families in Karmiel, Galilee and was a long-time contributor to the JNF Blue Box appeals.  In 1990 she provided funds to landscape open air classrooms in Australia Park next to the Misgav Regional Centre and School in the Galilee (pictured) to honour the memory of her parents, parents-in-laws and their families.

When she passed away Esta left a generous gift to JNF in her Will.  Her thoughtful gift went to fund vital projects in Israel.

Throughout her life Esta avoided publicity and fuss. Although very successful in business, she always lived simply, deliberately denying herself the pleasures in life that her beloved family had been so cruelly denied.  Today we remember and honour Esta, a true Eishet Chayil, a Woman of Valor. 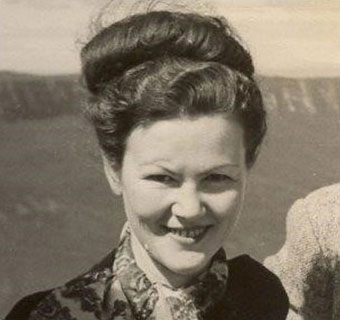