‘We will come get your bags from outside your room , take them downstairs BUT Nu, nu, nu HURRY UP!’

Breakfast was amazing as usual – not sure anything can match the Israeli buffet at Sofia hotel which may be why, despite the exhaustion we are greeted with smiles and warmth from the group! Remember the conversation the other day aboutt kibbutz coming form the word kvutsah and how a group all look after each other with shared experiences ? Proud to say we have that we have now formed a group !

Our first stop in Tzfat was at the Sheva Chaya glassblowing gallery. Born in Denver , Colorado  far away from her current life in Tzfat!
Literally had to drag myself away from admiring  her art to listen to her speak but what came out of her mouth was both inspirational and brilliant. The spirituality and depth behind her creativity elevates the whole process . Her first insight was that ‘You are what your thoughts are!’ If you think positively and kindly then you become that person, it’s a choice we make .

She delved into the comparison of materials to our human persona . We may imbue the properties of glass; fragile yet malleable under heat. The prophets suggest that we can break but we can continue to grow , adapt and change through ‘our’ fire which is love , thinking good and connection, and  how we need to keep that eternal flame burning inside each one of us.

Breathing – we do it approximately 10 times a minute but don’t give much thought to it. Only at acute times do we take note of our breath; at the birth of a baby we have an acute awareness of the baby’s first breath . In bereishit in the Torah it says that ‘ GD blew the breath of life into the face of Adam and Adam became a living soul’ . The root of the word Adama which means earth is Adam. Earth is the material but without the breath there’s no potential . Glassblowing gives you the opportunity to see the effect of every breath ; you have to be very precise in the amount and technique you use , so too we have the ability to breathe life into the world and consciously, precisely and delicately leave your mark.

Tzfat  is one of the most picturesque cities in Israel, and a  true gem for those seeking spiritual experience . A tour of the alleys of the Old City in Tzfat is an amazing sight !

In every stone and moss, in every alley of the alleys of Safed, there is a constant and imprinted soul that tells and sings, playing and whispering about days gone by and people who were secret, about wisdom of our Great Rabbis . We went back in time exploring the “Golden Age of Safed”, walking trough the tunnels underneath the old city of Tzfat During the tour we passed  through spaces  built in the 16th century, during the period of economic and spiritual prosperity of the city of Tzfat , and visited the “Community House ” site – a remnant of an ancient neighborhood, unveiled in 2005 as part of a  volunteer program. This building was the main building in the large area of ​​the site. Interesting finds were discovered at the site, including: a heated mikveh, a community bakery, a drainage system and cisterns, and commercial and residential spaces. The site was declared a National Heritage Site in 2011 !

We then got welcomed into a Druze community called Julis. We had a delicious lunch full of pita, hummus, meat and lots of salads.

We then got back on the bus and went to the local council of the Julis Druze village. We met Dr Raja who spoke to all of us about the Druze religion and the community of Julis. Dr Raja was in the intelligence unit of the IDF and has been a high school teacher for the last 30 years. There are 145 00 Druze living in Israel. This includes 22 Druze villages – 4 in Haifa and 18 in the north of Israel (Golan Heights area).

Another interesting thing we learnt was that the loyalty lies between the Druze community and the state that they live in. For example, all men have to serve in the army if they live in Israel, serving and contributing to their country. We also learnt that Druze take their education really seriously. The curriculum is the exact same for all Druze students in Israel. However, their main language is Arabic and in their History subject they focus of the Druze community history, the Middle East history, and the history of the Zionist state.

We are now off on a few hours drive to the beautiful and holy city of Jerusalem. We are so lucky to have the night off to see the amazing night life in Jerusalem (especially going to Machaneh Yehudah Shuk)!! 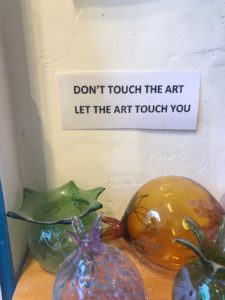 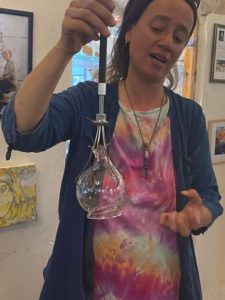 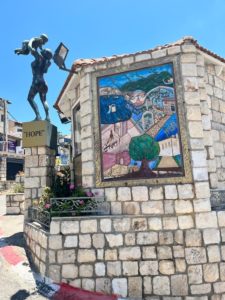 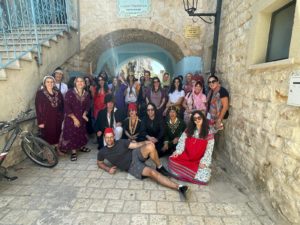 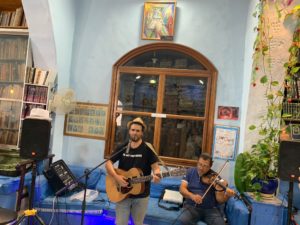 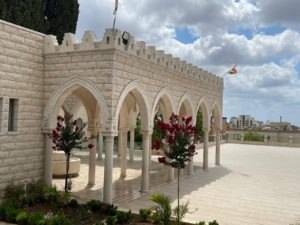 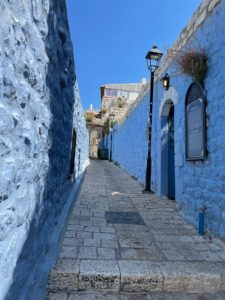 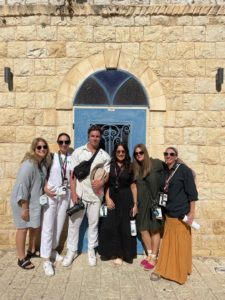 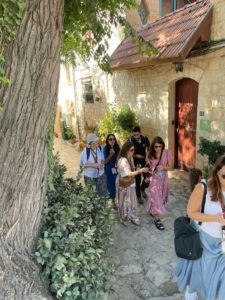 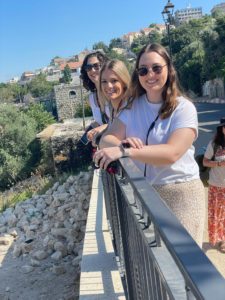 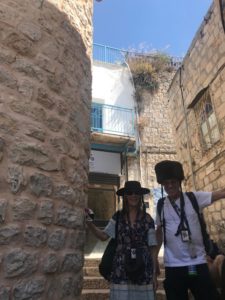 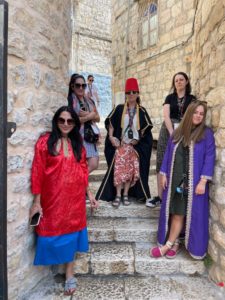 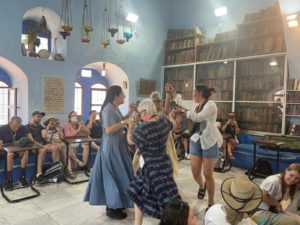 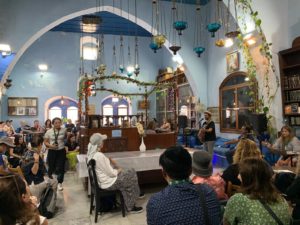 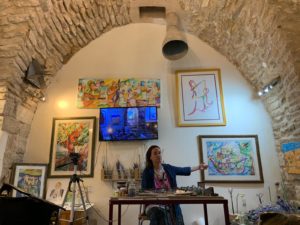